Two of the most common questions we get asked by travellers who dream of visiting South Africa are, “is it safe” or “isn’t it dangerous?”, and while I can fully understand these questions (thanks mainly, to irresponsible journalism), I struggle to understand, why, after all these years, South Africa does not have the safe and welcoming reputation is most definitely deserves.

Having lived in Cape Town for two years (2008 – 2010), and visited South Africa several times since, I can honestly say that I have never once felt threatened, in danger, or at risk in this beautiful country, and as a small (stubborn) blonde who insists on using public transport, shopping at local markets, and eating in traditional eateries, it was definitely not down to the fact that I wrapped myself in cotton wool!

Yes, we had Trellidor’s fitted to the doors and windows of our house, and yes, we had an ADT alarm system– but in the two years that we lived there, we never once needed to use them, and the only experiences we had with South Africans – Black, White, Coloured and Indian, were exceptionally good ones. 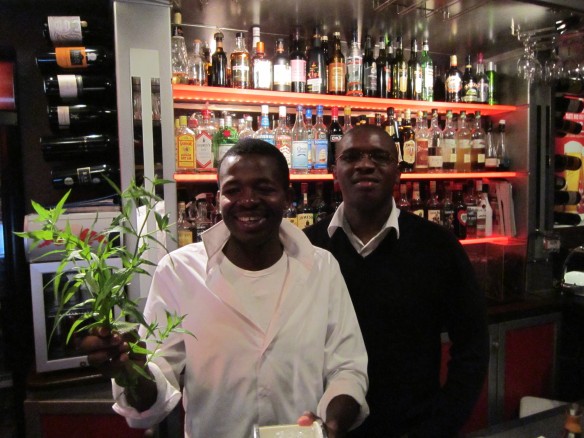 On a recent escorted tour of South Africa, guests of ours decided to head off into the Winelands for an afternoon of wine tasting.  Having visited the region before, they knew which winery they wanted to visit but couldn’t remember exactly where it was, so asked directions from a friendly passer-by.  Not happy with just giving directions, this wonderful gentleman offered to give the couple a lift to the winery in his tiny mini cooper filled with antique furniture.

While it was a tight fit, they made it to the winery, and only minutes later when their ‘chauffer’ had driven away, did they realise that they had left their camera in his car.

Disappointed and a little upset, they left their details with the winery “just in case” and decided to make the most of their day.

The following morning they received a call from the hotel reception to say that the gentleman had indeed returned to the winery, collected their details, and would be driving 50km to deliver their camera in person at 9am!

This is a perfect example of the South Africa I know, and while I understand the country suffers from its fair share of crime, one only has to pick up the Daily Mail to read about the horrific crimes that happen between our own shores…

I should however, finish this blog with a true story about the time we were ‘robbed’ in South Africa… No one was hurt or injured; we simply had the gifts we had purchased for friends and family stolen by a ‘friendly’ couple from Liverpool in a 5-star hotel!