We were delighted to read on the Kariega Facebook Page recently that Thandi, the beautiful rhino who was poached and left to die in 2012, has given birth to a healthy calf!

Kariega Game Reserve, like many other game reserves in South Africa, was the victim of poaching in March 2012, when Thandi and two male rhinos had their horns brutally hacked off their faces with machetes in a poaching attack that left the nation stunned.  Sadly, both males died of their injuries, but incredibly, Thandi went on to survive with the help of South African wildlife vet Dr. William Fowlds and his dedicated team. 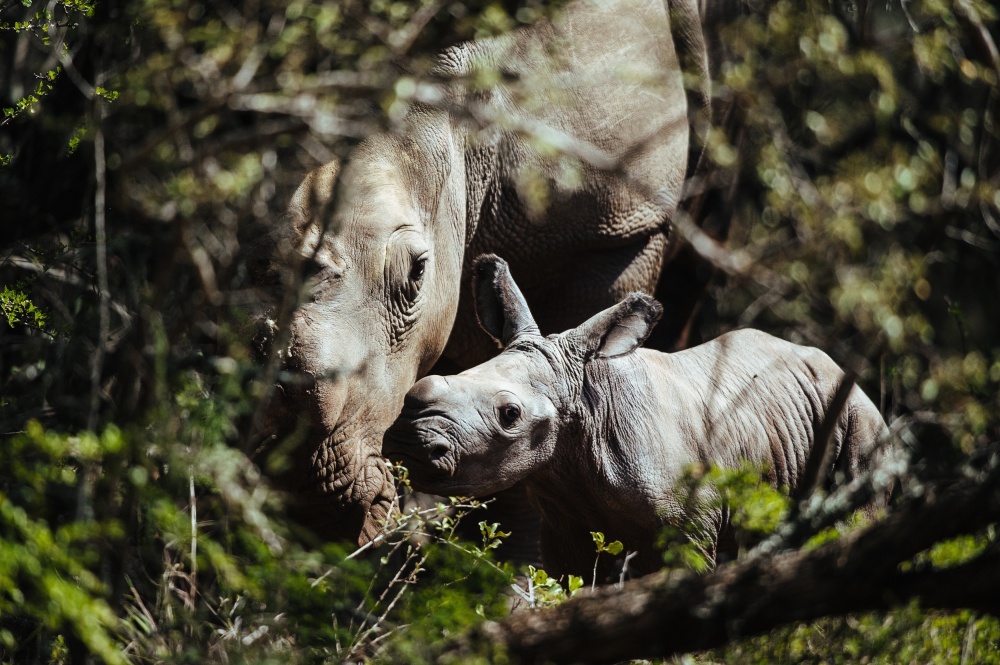 As and animal lover and someone who has visited Kariega, I was sickened to read about this mindless attack on innocent creatures, but sadly, rhino poaching is a daily occurrence in South Africa, where a staggering 1215 rhinos were slaughtered for their horns in 2014. That’s one every 8 hours!

Unfortunately, the demand for rhino horn in Vietnam and China is growing, rather than decreasing, thanks to a new ‘affluent middle class’ who see rhino horn as a status symbol or medicine. One would think that these people would be well-educated and understand that rhino horn is nothing more than Keratin, but this is clearly not the case.

Over the past three years, I have been watching Thandi’s progress with interest and sheer admiration.  How any creature could overcome the injuries she sustained is beyond me, but survive she did, and the fact that she has now gone on to have her own calf is quite simply overwhelming.

You can read all about Thandi’s story on the Kariega Game Reserve website, and show your support by donating to the Kariega Foundation, a special fund dedicated to the rehabilitation and care of Kariega’s Rhinos.