When you think of Australia’s Whitsunday Islands, you probably think of sizzling hot temperatures, pure white sandy beaches, turquoise waters, and powder blue skies, but if you visit during the tropical wet season of January to March, you’ll be lucky to get three out of four.

We visited in January after what had been a rather wet and rainy Christmas in Cairns, and while the temperatures, water colour, and beaches exceeded all our expectations, the skies were grey, 50 shades of it in fact. The sun did manage to shine through occasionally, but it didn’t hang around long enough for us to get any seriously sunny pictures, and so like the day, our pictures are somewhat grey, but it was still one of the best days during our Self-Drive Australian Adventure!

You can’t change the weather, and to be honest, it was so warm that we were actually relieved to have some cloud cover, but our plans to spend the whole day splashing around in the balmy waters of the coral sea were thwarted by the threat of Irukandji or box jelly fish. From October to May, jelly fish are prevalent in the waters around Queensland, and so unless you are a hardy local who’s not afraid of getting stung, you have no choice but to don a stinger suit!

Sexy they are not, but we had a whole lot of fun prancing along Whitehaven Beach in our rather fabulous pink and blue numbers, as you can see below… 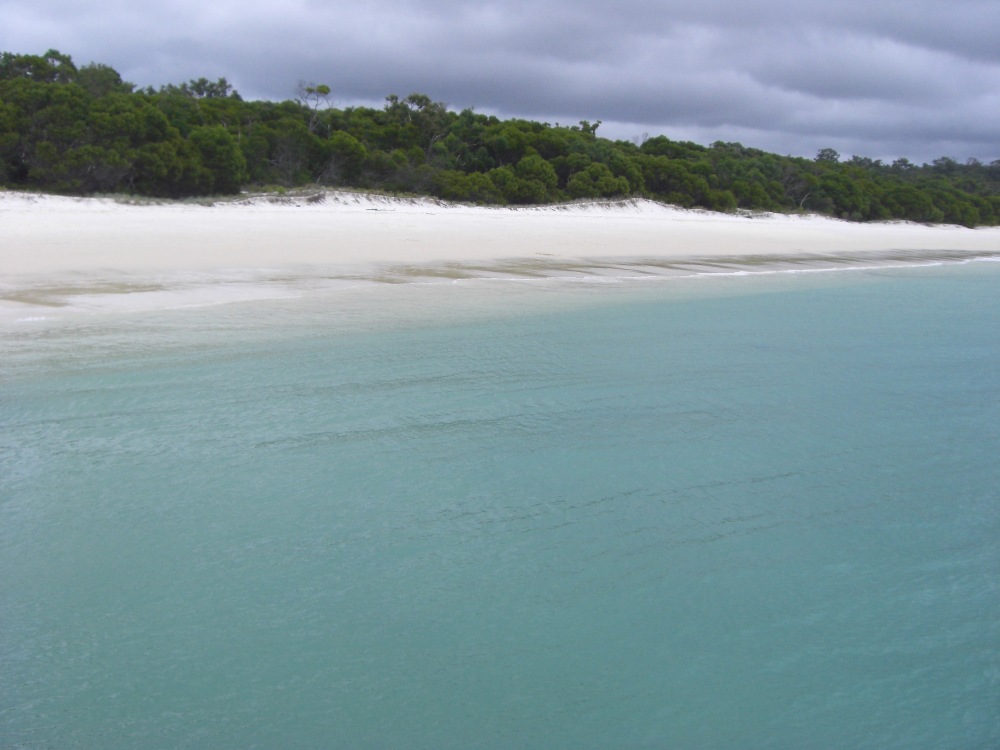 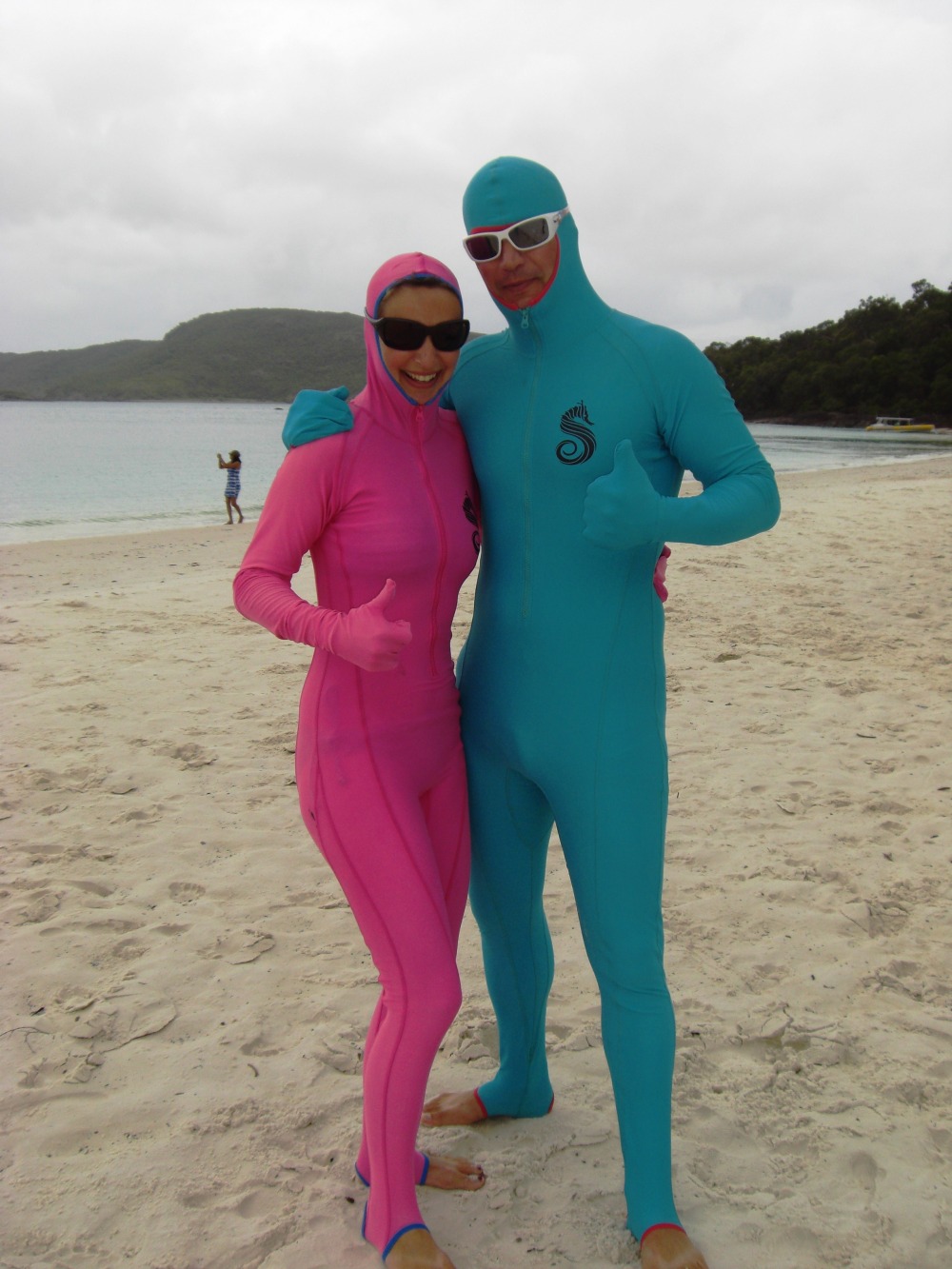 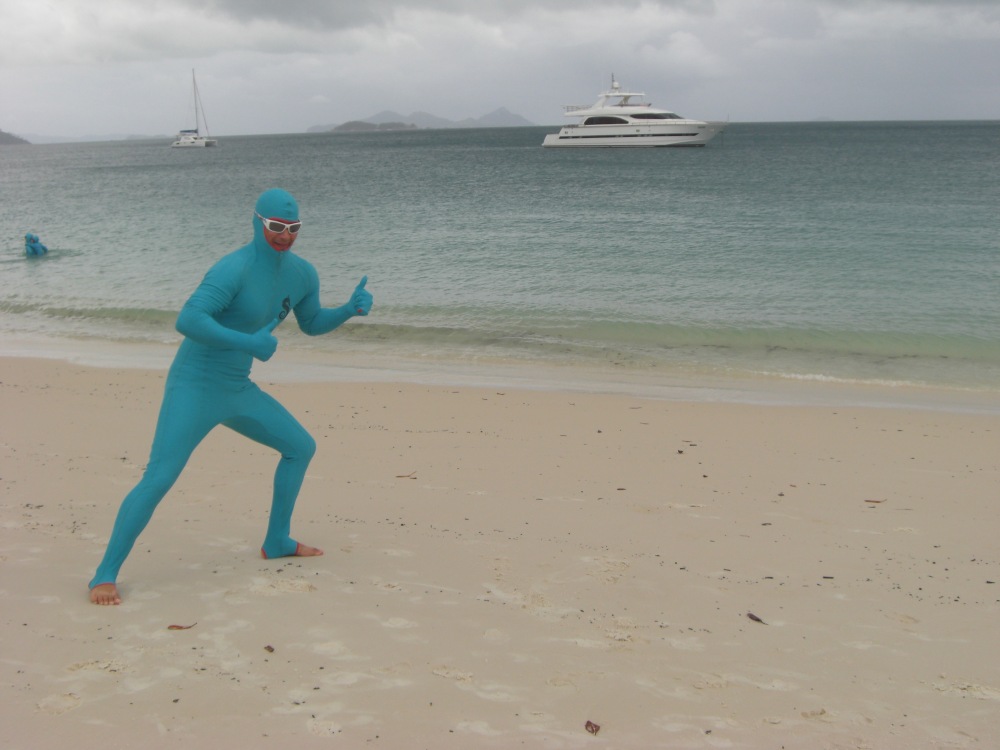