When we booked our Kilimanjaro Climb, I was surprised to learn just how many routes there are to the ‘Roof of Africa’ – and that this magical mountain offers six different passageways to cater for every age, every fitness level, and every budget.

Everyone who attempts to climb Mount Kilimanjaro has one goal in mind – and that is to reach Uhuru Peak at 5895-metres above sea level, and if you choose the right route, there is a good chance your Kilimanjaro Expedition will be a successful one. 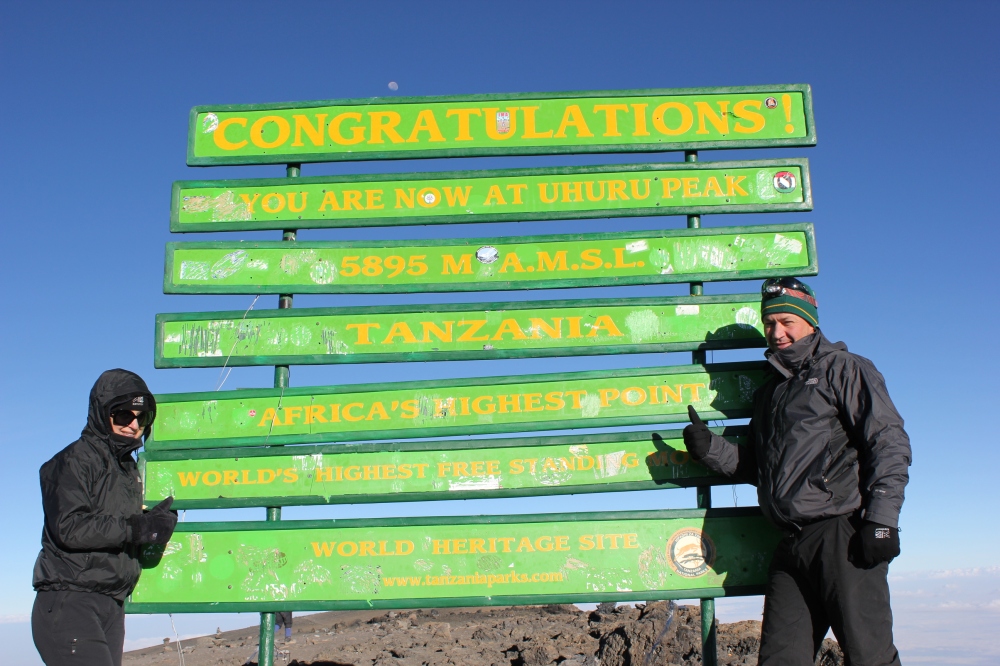 We choose the popular 7-Machame Route for our trip, and would highly recommend it to anyone climbing Kilimanjaro for the first time, but if you are looking for something a little bit different, here is a brief overview of all Six Kilimanjaro Routes available:

Probably the most “touristy” route on Mount Kilimanjaro, the Marangu Route provides gentle gradients, beautiful scenery and overnight shelter in basic huts (rather than camping).  Most Kilimanjaro Companies offer the Marangu route over 5 or 6 days, and if you are on a tight budget, this could be the one for you – although it doesn’t allow much time for acclimatisation, and this is reflected in the success rate.

Another popular route, yet slightly less crowded perhaps than the Marangu, Kilimanjaro’s Machame Route approaches from the south, boasts breathtaking scenery, and as you ‘climb high, sleep low’ it is a great route for acclimatisation.  You can climb the Machame route over 6 or 7 days.

One of Kilimanjaro’s longest trails, the Lemosho Route takes 7-8 days to climb and passes through beautiful forests and moorlands before reaching the Shira Plateau where it joins the Machame Route.  Remote, less crowded and with great camping spots, the Lemosho Route is perfect for those who want a more personalised experience.

Similar to the Lemosho Route, Kilimanjaro’s Shira Route is much less frequented than the Marangu and the Machame Routes, and it crosses the caldera of Shira Volcano and the ice fields of Kibo.  Climbed in 7-8 days, Shira Route is more challenging than some of the others, but offers plenty of time for acclimatisation.

Approached from the north, Kilimanjaro’s Rongai route is considered one of the “easiest” routes thanks to its gentle gradients and easy terrain.  Climbed in 6-7 days, the Rongai route is fair in terms of acclimatisation, and offers stunning views along the way.

Short and steep, the Umbwe Route is probably the least used trail on Mount Kilimanjaro due to its fast ascent and poor acclimatisation profile.  Climbed in 5-6 days, the Umbwe Route is just as scenic as the other routes on Africa’s highest mountain – and if you are climbing Kili for the second or third time, this could be the one for you.

Whichever route you choose, we hope your passage to the Roof of Africa is a successful one!